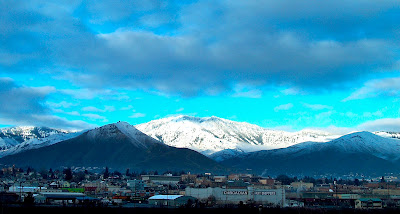 This morning we set out to make the circle to Ellensburg and back. We drove to Wenatchee, east to Quincy, south to Vantage, west to Ellensburg, and north back to Wenatchee over Blewett Pass. Here is a great view of Wenatchee taken from across the river. The sun had just hit the peaks above the town where you can see a fresh dusting of snow. 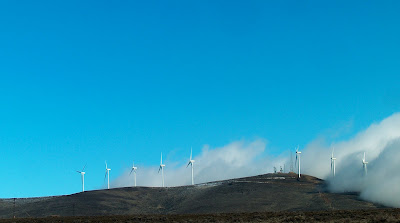 As we were driving down the freeway towards Vantage we could see these windmills way off in the distance. We said "What are those?", hoping a get a better view somewhere. Sure enough, on a back road heading west to Ellensburg we saw them from this view point. It was striking to catch them seeming to emerge from the fog (or is that a cloud?) 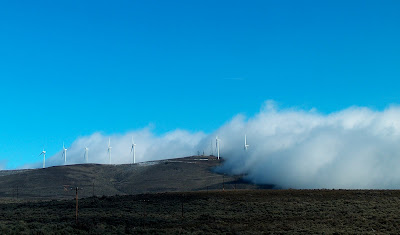 A truly amazing sight, wind turbines. There was a visitor center up a gravel road but it was closed till April, naturally, so we couldn't go in. We might have learned how they operate. 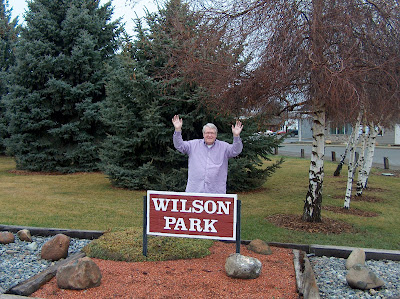 We explored the tiny town of Kittitas, just outside Ellensburg. Since Wilson is the 8th most common surname in the U.S. it's not difficult to find places with that name. There is a Wilson Park also in Rapid City where we took a similar picture. 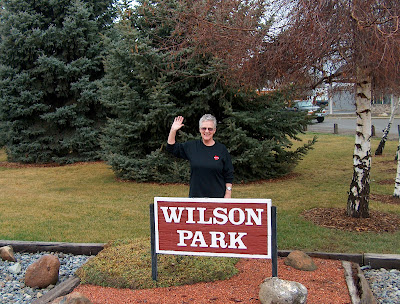 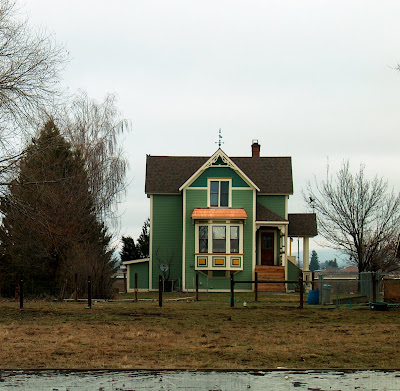 This very colorful old farmhouse was just outside Ellensburg. 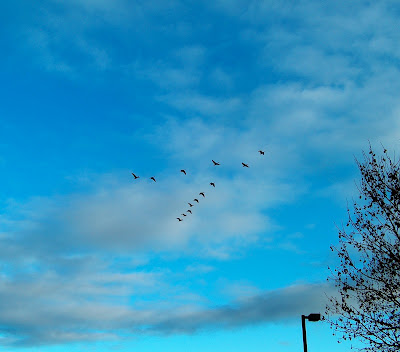 Leaving East Wenatchee this morning we looked up to see this V. 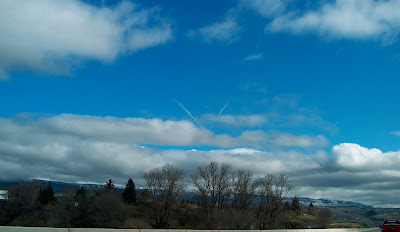 And returning in the afternoon we were greeted by another V, this one made by two jets passing.
Posted by Ann at 3:30 PM 2 comments: 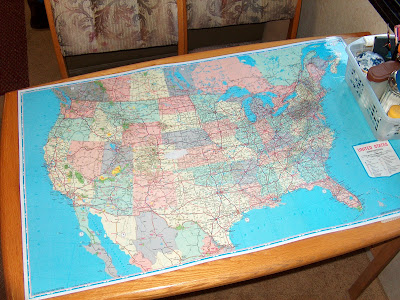 Here is an project that might interest you other RVers, and it could also work for anyone with a yen to see the world! Early on in our travels, actually when we had just moved into our 5th wheel, I had an idea to cover a U.S. map with contact paper, put it on the table for a table cover, and thus plot our travels and our dreams while we ate or did whatever at the table. Over the course of 5 years the edges got raggedy and more raggedy and I kept cutting them off till I was about to cut off Washington. Since that's our home state I didn't care to see it succumb to the scissors. 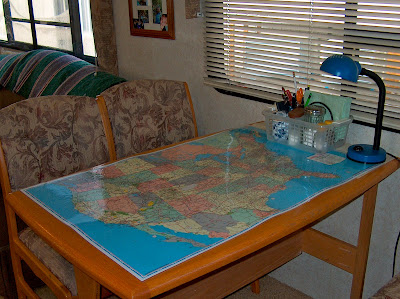 My husband recently began working at an art center. We had another map, which I was about to cover with more contact paper, till we thought about the possibility of having it laminated at the art store. Voila! Here it is! It's stiff and shiny and seems sturdy, and the cost was minimal. I don't anticipate having to cut the corners off this map, so Washington will be saved for a good long time, I hope. 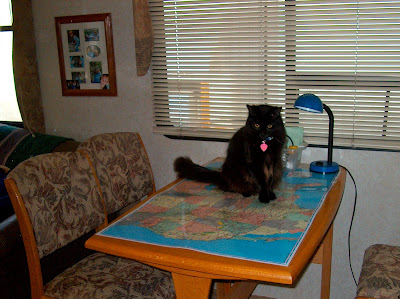 Here is our kitty Montana, maybe plotting his own route to travel! This project could be applied to any map. I plan to do one of Montana, since we'll be working there this summer again, or I may do one with just the western states. Or maybe the eastern states, or the south....or...or...
The World!
Posted by Ann at 11:20 AM 2 comments: