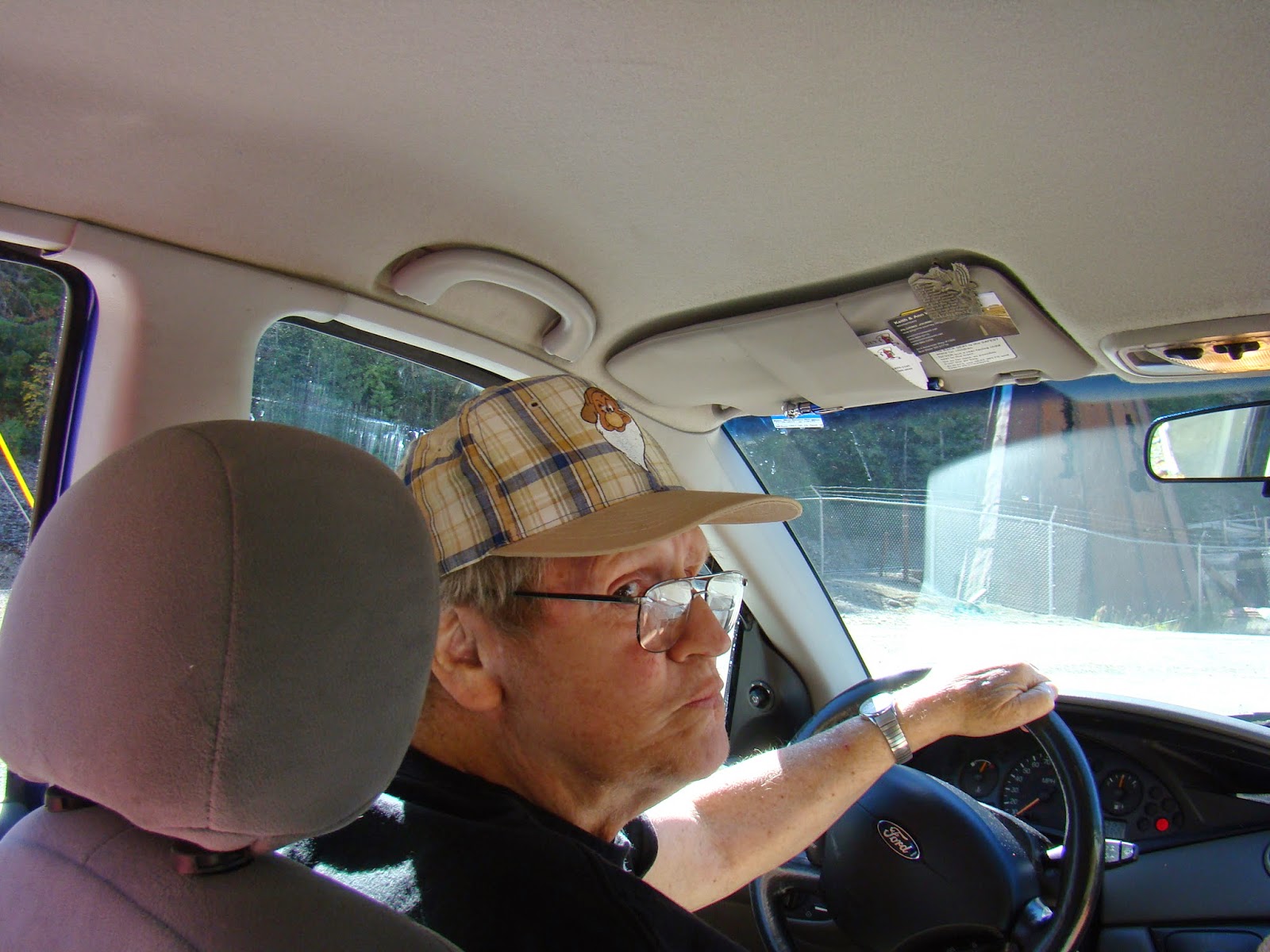 We hadn't seen our best friends for a few months when we learned they were camping near Spokane WA. Since Wallace Idaho is the halfway point between Spokane and Missoula we agreed to meet there early for some good visiting time along with some sightseeing. After hello hugs, breakfast was first on the list! We found an old-timey restaurant on the main street where the  customers and the waitress were friendly and down-home. For those who don't know, the whole town of Wallace is on the National Register of Historic Places, and is known for having the last stoplight on I-90 from coast to coast. Their solution for that bottleneck was that they built the freeway right over the top of the eastern end of town! The stoplight is still there, but visitors have to exit the freeway in order to see it. Mr. Keith agreed to be our driver for some sightseeing to the old ghost mine of Burke. 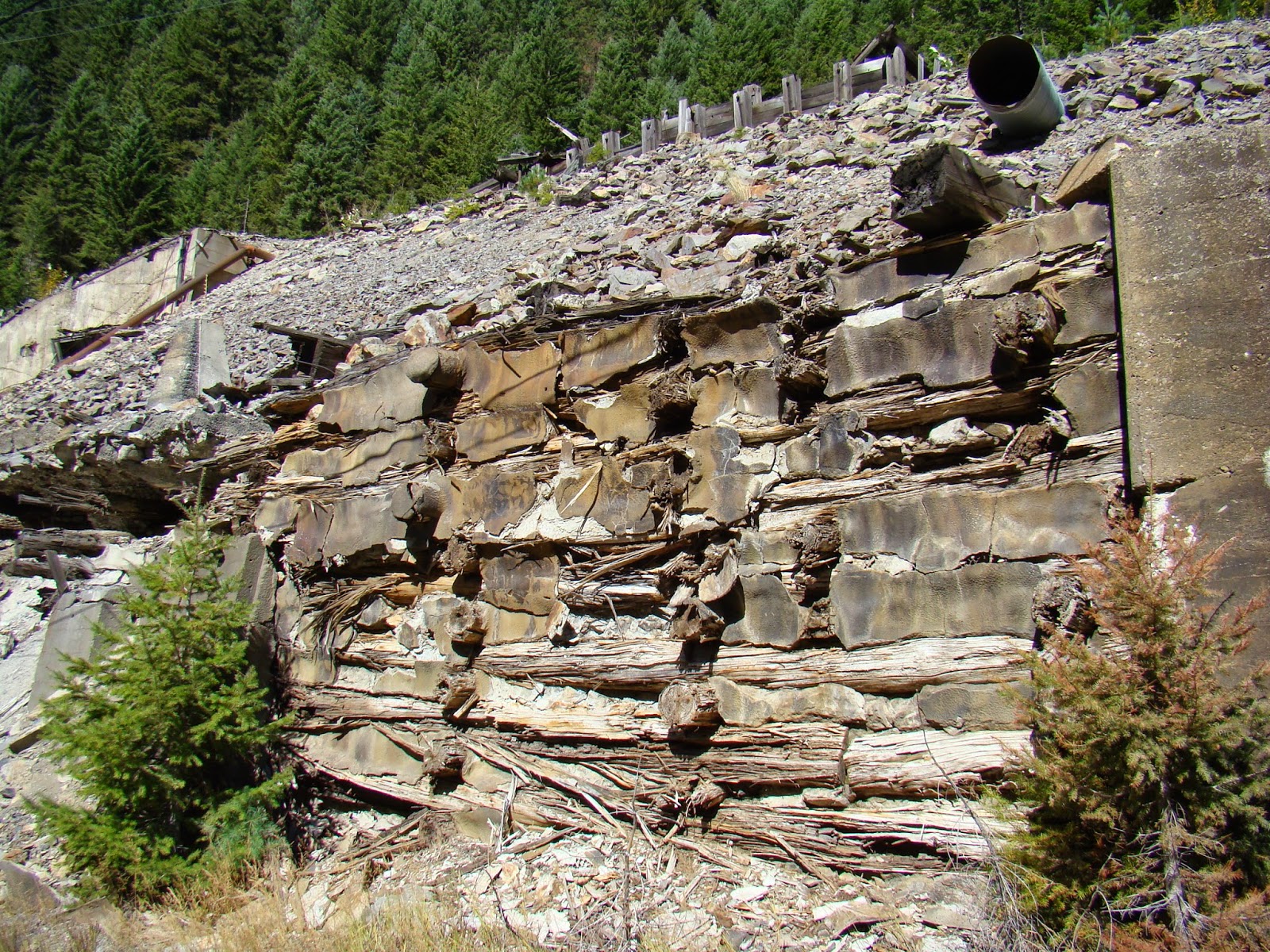 The whole valley just north of Wallace shows evidence of former mines and their accompanying buildings. All along the road we saw old foundations sticking out of the hillsides. 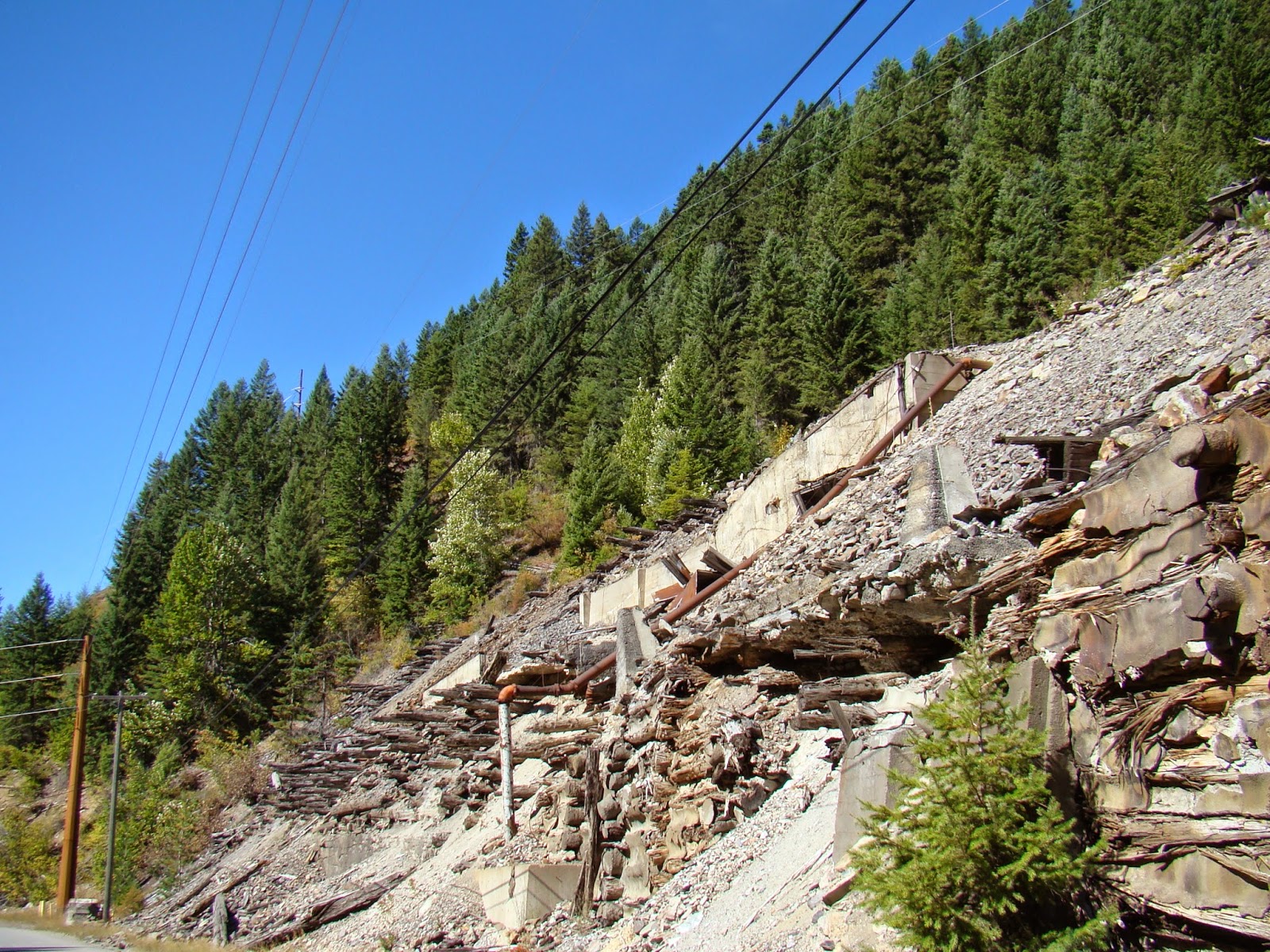 We wondered how it must have looked all those years ago with mining equipment and huge constructions filling up the valley. All along the road were signs showing where mines had been. They had names such as 'Black Bear', 'Frisco', 'Yellow Dog', 'Mace'. 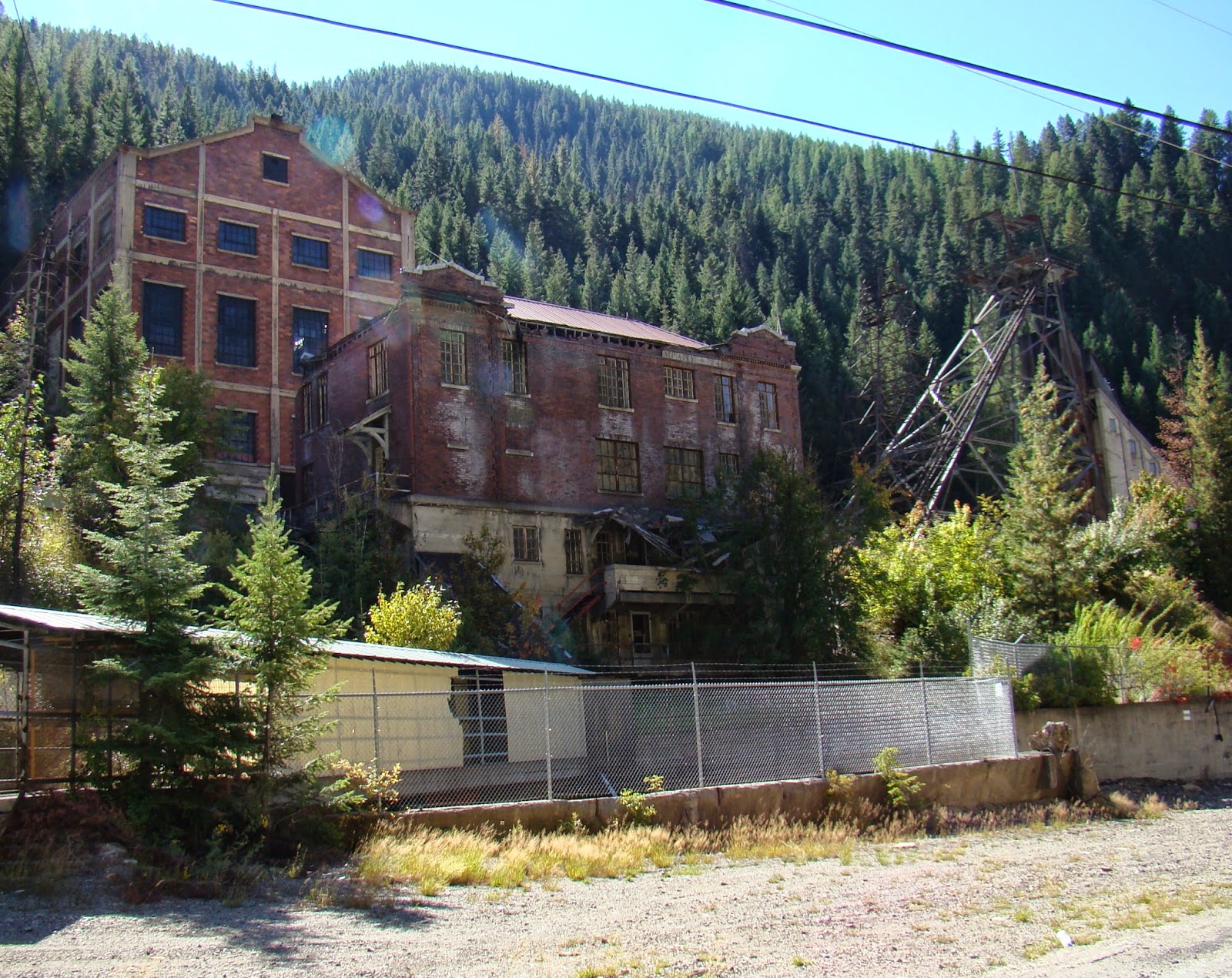 The Burke Mill was the most intact, with fences all around to help preserve the mining structures. 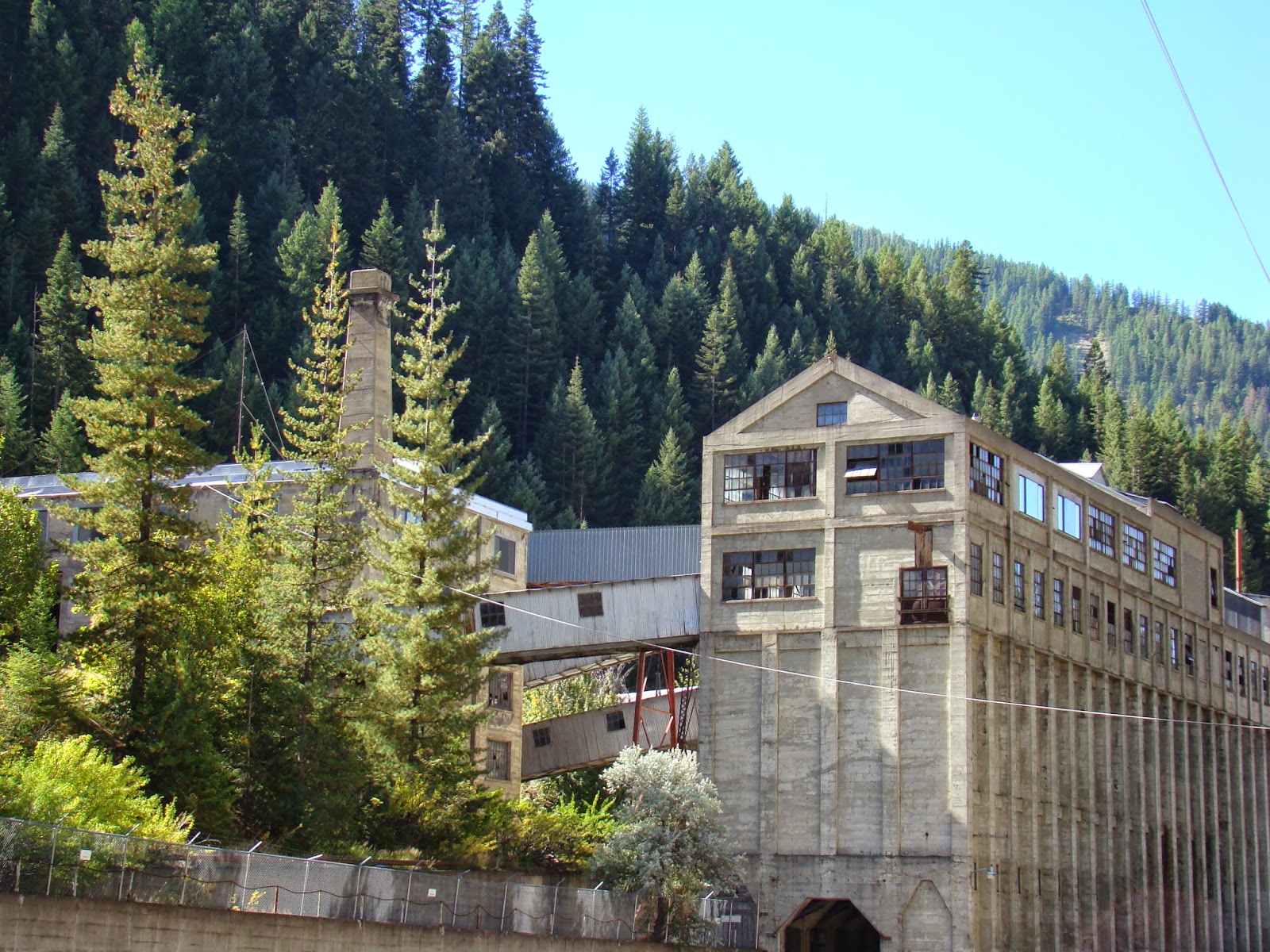 There were no signs saying what each of these buildings was used for. It gave us an idea what the whole valley must have looked like when all the mines were still operating. 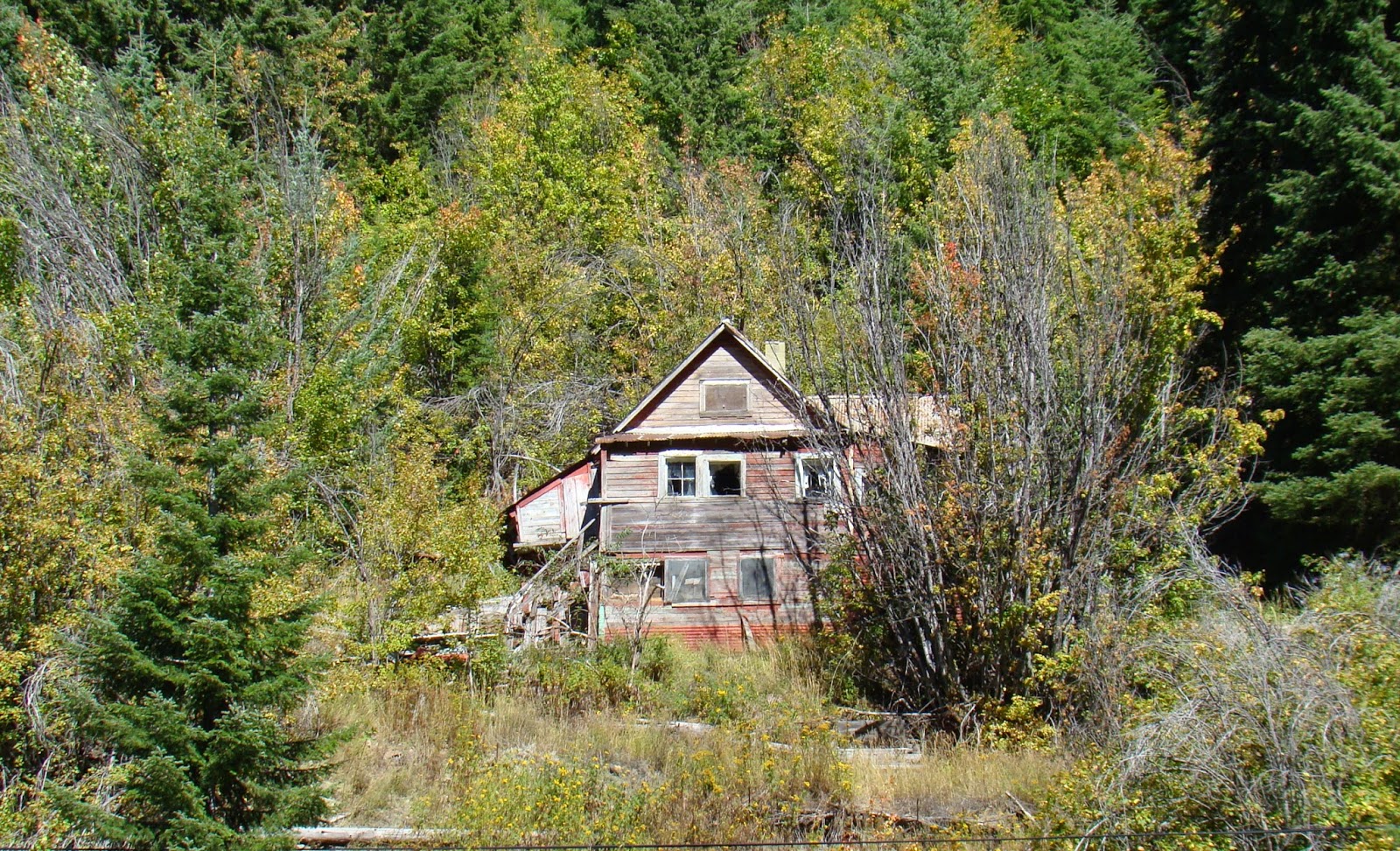 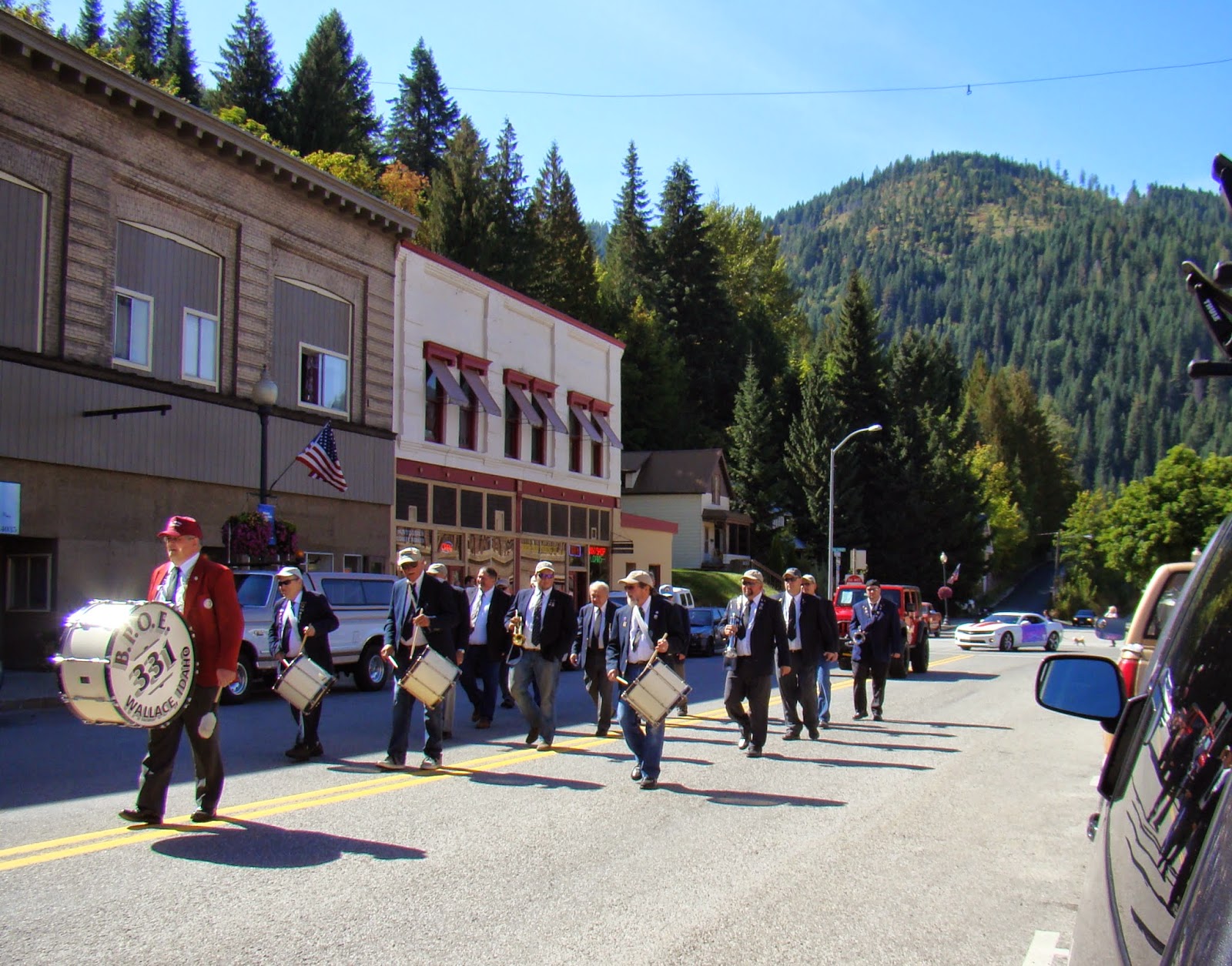 When we got back to town, we discovered they were throwing a parade for us! We found benches along the main street and enjoyed the locals passing by for all of fifteen minutes! We had ice cream cones and picked up the candy being thrown by the parade entrants. 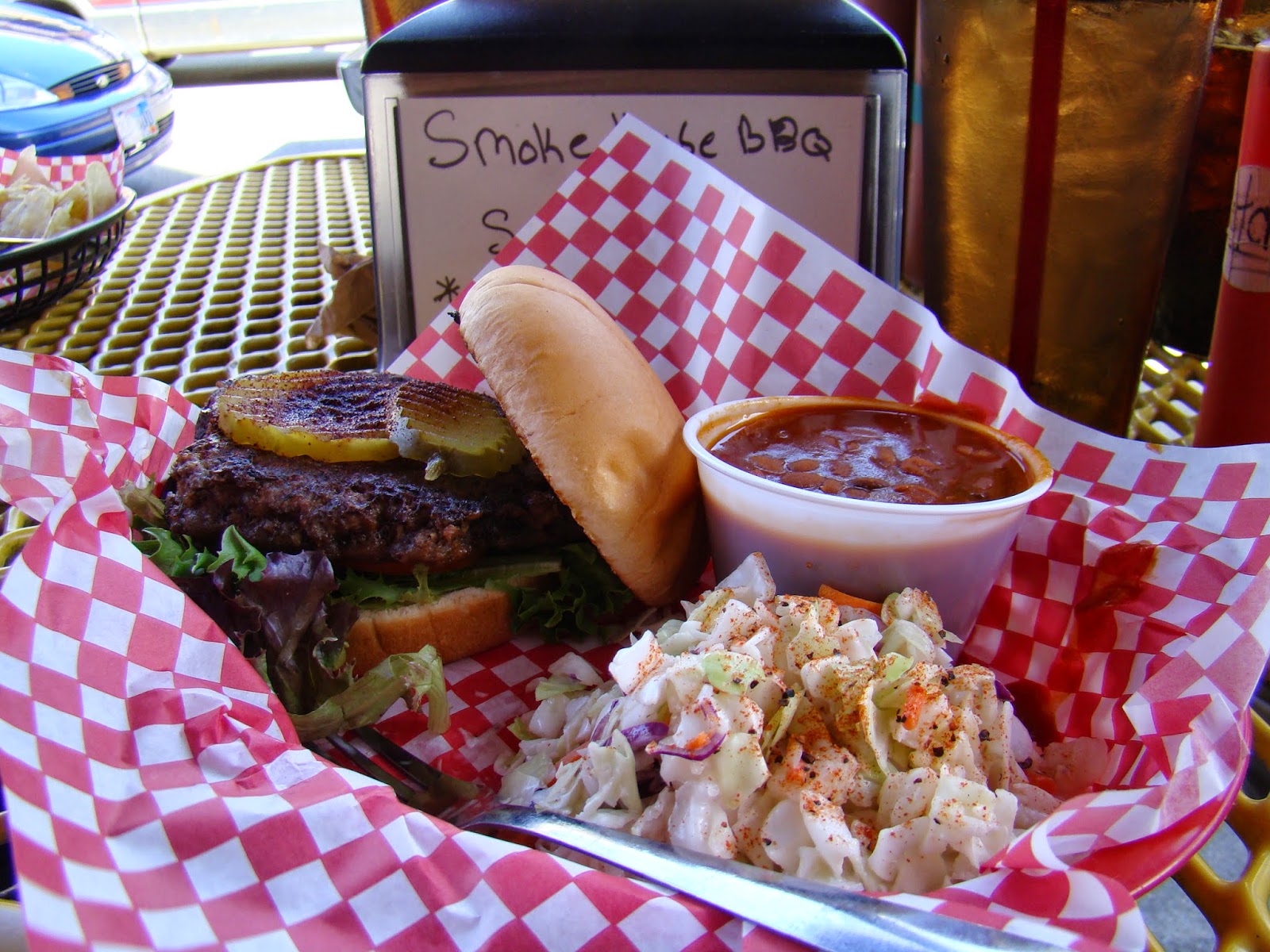 To end our time together we ate an early dinner at the Smokehouse. I got my second buffalo burger of the summer. Yum! The waitress here spent quite awhile telling us about the town and about her life there. You won't experience that at the big city restaurants.! 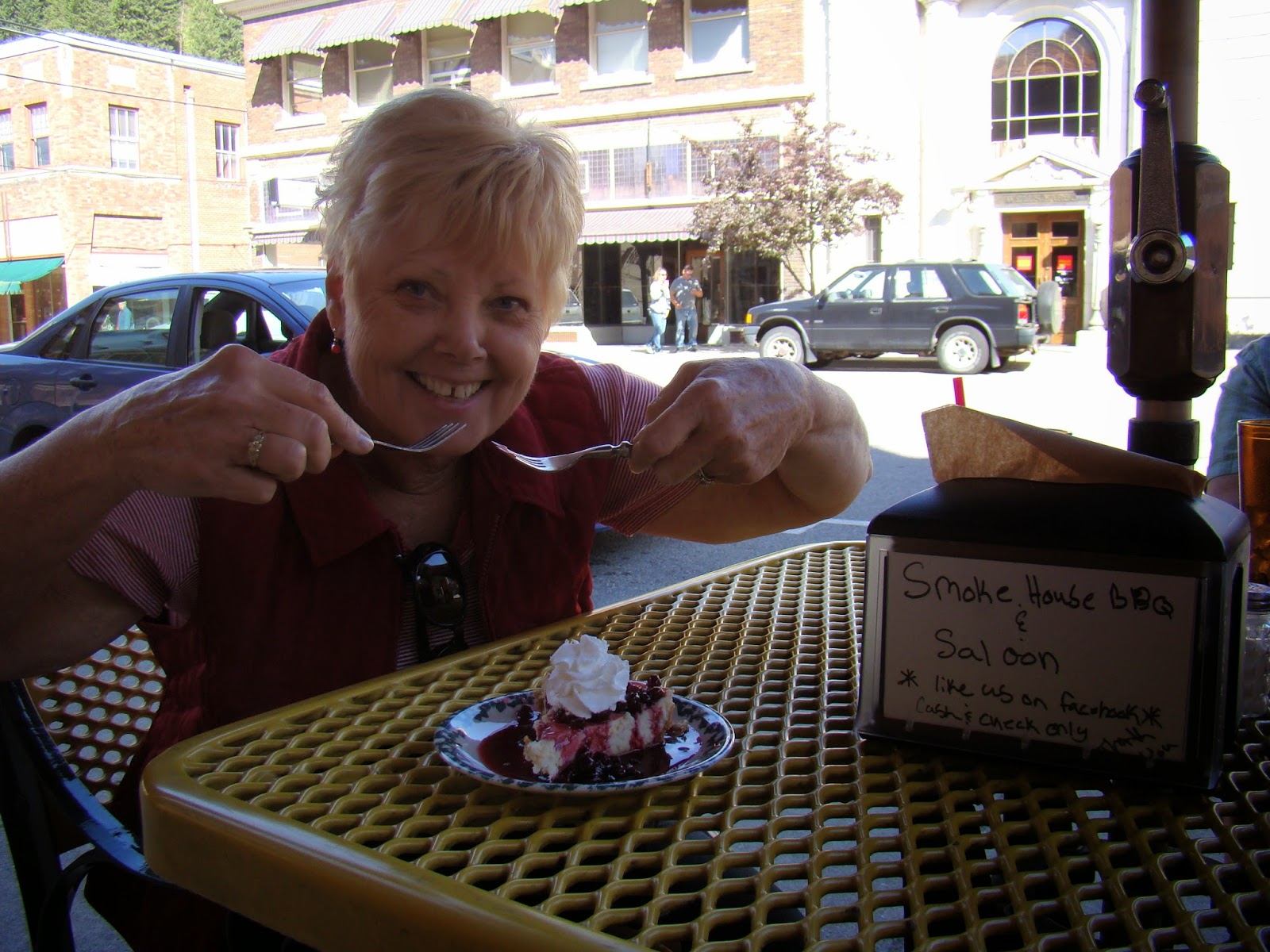 The guys didn't want dessert — they'd had too much candy to snack on earlier, but Dawn and I agreed to split a piece of huckleberry cheesecake pie. Another yum! We parted with more hugs and words of affection from our friends of 41 years. We miss them all the time we are apart and are so grateful for any time we get to spend together.